The Story of the Demo Fork

My dad made the original demo fork out of scrap steel and railroad spikes. He called it the Chickifoot. Funny name, but this big fella completed many jobs and saved hundreds of man hours doing wrecking and demo. It may not be pretty, but it quickly became one of the most valuable tools on the jobsite.

After I graduated from college and got married, we had a home-improvement project of our own to work on which required fully gutting the interior. I had helped dad many times using the Chickifoot but had never really thought about how well it worked. Once we started our project, I was amazed at how much I used it compared to all the other conventional tools.

“After all this time, if this is still the best demo tool around, why don’t we bring it to market?” That’s what I asked my dad as I thought about its potential. I was convinced that this tool would be helpful to other DIYers and contractors, even though Dad had his doubts.

I had to give it a go. I learned a lot about inventions, patents, manufacturing, distribution, and marketing. And after lots of designing and testing, the first two models of demo forks were available to sell online.

And of course, I had to give it a tougher name.
HONEY BADGER!

Within the first year, all the efforts to make the tool a reality paid off, and I made back all the money I had invested in creating the product. Not only were people actually buying them, they loved the HONEY BADGER! Positive reviews started flooding in.

HONEY BADGER demo forks can be seen on many episodes of the HGTV home improvement show Good Bones. I sent some to their crew and quickly heard back from Tad, their demo crew leader, about how the HONEY BADGER had quickly become his favorite demo tool. Not bad for a tool made from scrap steel in the shop of a small town contractor in Kansas.

The HONEY BADGER demo fork is now available online at Amazon and Home Depot, and will soon be available in hardware stores throughout the United States.

HONEY BADGER demo forks are proudly made in the U.S.A. ! 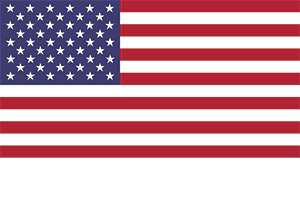